I was four or five years old when she sat by my bed where I lay sobbing.

She had come all the way from Michigan to visit us in Texas and happened to be there when my dog had been shot by an angry neighbor.

I thought he died, but she assured me that my parents simply took him to a farm out in the country where he would heal and get better, and run and play with all the room he wanted instead of being confined in my fenced-in backyard.

And I was comforted.

I had the sadness that he wasn’t mine anymore, but it was now accompanied by the comforting image of him scamping about with no boundaries to limit him.

A happy dog, not a suffering pet.

Receiving a book from her at a large family gathering over the holidays.

It contained written stories of all the Disney cartoons that had been made up to that point in time.

I was a child, but I knew the book was expensive, and I wondered why she would give me something so costly.

It was a companion to me on many a lonely night, when I – like other children who escape the harsh world by delving into literature – needed solace.

The memories cascade into my mind after that, a waterfall of images, accompanied by thoughts, impressions, and emotions – all of them good ones, except for the one time I grieved her, yet even that memory is sealed with our sweet reconciliation.

I lived with her the year I was fifteen.

She nursed me back to health when I contracted an illness that became severe.

Again, she was a woman sitting by my bedside, offering another type of comfort,

Soup from a spoon as I attempted to lift my head.

She never yelled, but she certainly knew how to discipline.

When I knocked a classmate on the ground by flipping his desk over while he was still sitting in it, (he made fun of a scar) I was given detention after school for a week.

And I did, no matter the weather.

Not a short walk.

Later that year I was suspended from attending school for a week,

Caught drinking alcohol during an off-campus lunch hour with a group of friends.

One of the girls had a mother who was married the previous weekend and they had all this leftover alcohol in the house and “Wouldn’t it be fun if we tried some?”, she suggested.

I took one swig and dumped the rest down the sink, but that was still enough to get me in a world of trouble when another of our group, who was an office aide after lunch, vomited all over the place and then ratted us out.

She was so upset, my aunt, but again, no yelling.

She gently explained to me that the week would not be a vacation.

The first day I was given the task of emptying some laundry baskets by ironing and folding their contents. Even sheets.

The second day, removing every item from the storage shelves in the basement, and organizing them. She baked wedding cakes. I became acquainted with more baking utensils than I care to number.

Day three – weeding outside. Lots and lots of weeding.

Day four – all tasks completed – so she gave me a bucket and a sponge and instructed me to wash every wall in the home. Some smells stay with a person throughout their life, and that is when the distinctive fragrance of Murphy’s oil soap became one of mine.

Not long after that week I was lying down on the carpet beneath the wall-mounted phone.

She was standing at the kitchen counter making dinner and she caught my eye.

I was so sad that I’d done something that prevented her from being proud of me.

Maybe my sorrow shone from my eyes or reverberated in my voice, I do not know how she detected the genuine tone of my statement but she did, because she replied with,

“Alma, that is the nicest way you’ve said it thus far.”,

and the ugly chapter was closed.

She knew how to build a developing soul.

She can be seen in all the best parts of me.

In all the best parts of her own children.

In all the best parts of anyone who allowed her to touch them,

She was a conduit of the love of God.

Picture a waterfall from heaven pouring down

Containing all the goodness of God,

Picture it pouring into her.

Then picture it flowing out from her hands as she extended them toward the world, and you will have a clear image of who Joy Felan was to all of us and still is, even now, as we carry on her work, committed to preserving the legacy that she gave us for she taught us how to love, and she never stopped teaching.

And I’m brought back to my very first memory of her,

Sitting by my bedside, comforting me with a story about where my dog had gone,

And now I give similar words to you,

Only my thoughts aren’t dependent on our imaginations this time you see,

because there is a truth that no Bible-believing soul can deny.

“To be absent of the body is to be present with the Lord.”, and if any one knew Jesus, She did.

No longer is she “fenced in” by cancer.

She radiates with more light now than she did when she was here, and if you can close your eyes you may be able to see it as vividly as the sun up in the sky.

I never thought she would leave this world.

Never even considered the possibility.

But she gave us something to remember her by.

She planted in each of us a tree,

The tree of life.

She nurtured it, withholding no good thing from anyone,

Fertilizing us with her constancy of affection,

with stability, gentleness and kindness,

It will never stop bearing fruit.

Our loved ones will taste it and be better off for it,

As we were made better just by knowing her.

“But the fruit of the Spirit is love, peace, longsuffering, gentleness, goodness, faith, meekness, temperance, and Joy.”

Thank you, Father, for creating her.

She accomplished much in your name.

Please tell her that we miss her,

But will carry on her work

Both in her name.

For to know her was to know You

And to pick up her baton to carry it

Is to do the will of God.

In memory of Joy Alice Felan. 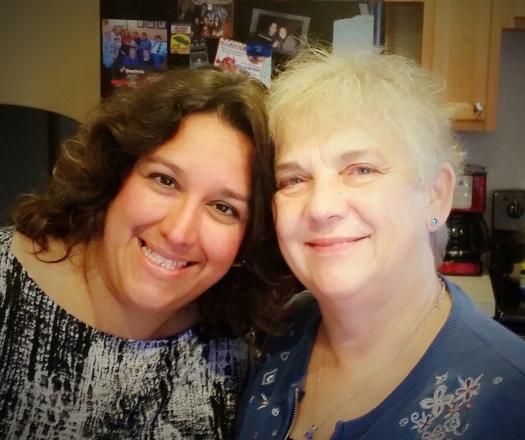